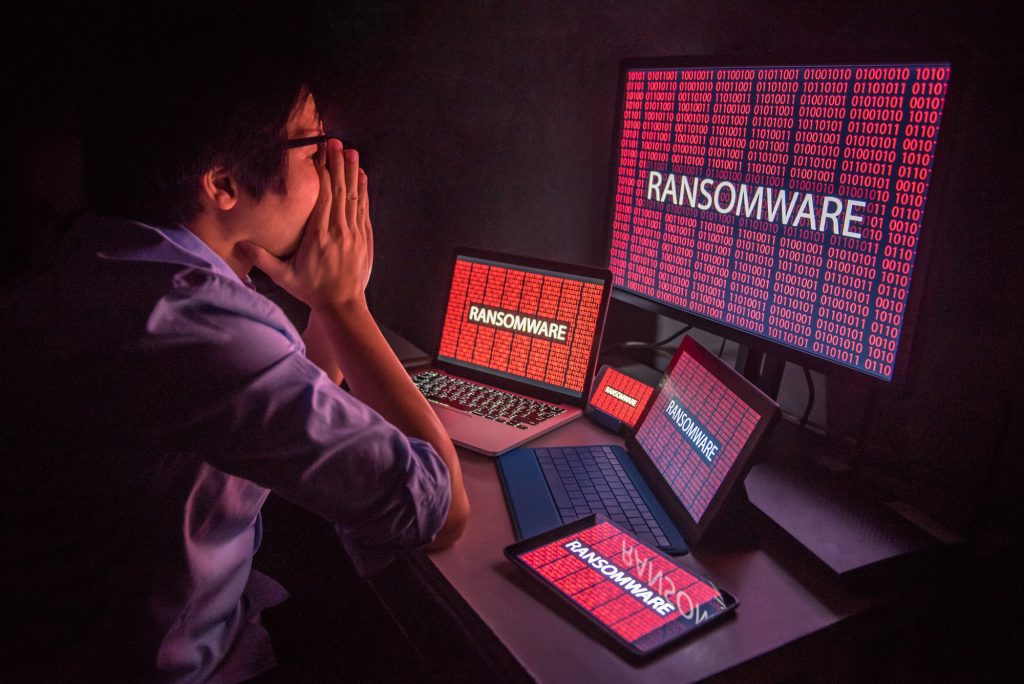 The Internet has evolved to become one of the most powerful tools that entrepreneurs can take advantage of. Unfortunately, it also comes with a large handful of risks in the form of cybercrime.

In many circumstances, being hit by a cyberattack can cause a significant disruption in daily operations. This is particularly true when recovering from a ransomware infection.

Not sure where to start? Don't worry, we’ve got you covered.

Let's take a look at everything you need to know about ransomware recovery.

What Exactly Is Ransomware?

As the name suggests, ransomware is a type of malicious software that essentially holds sensitive data for 'ransom.'

To elaborate, a hacker will use this type of software to infect a computer and encrypt (or otherwise compromise) important information. The user is then notified that they'll need to make a payment to the hacker in order to gain access to their data.

This payment is often demanded in cryptocurrency, making it nearly impossible to trace to the other party. If a user doesn't comply, they run the risk of having their data permanently encrypted or even deleted.

In extreme cases, the hacker may even release a company's data (such as trade secrets) to industry competitors, which is a scenario that can be nearly impossible to recover from.

What Are Common Risk Factors?

Although it's not overly difficult to prevent a ransomware attack, not everyone's aware of the common factors that place them at risk.

One of the most prominent is the failure to actively update your machine's software and operating system. Since many viruses aim to circumvent security measures in older versions, your data isn't as safe as it could be if you don't frequently install updates.

A lack of employee training can also facilitate a ransomware attack, particularly when it comes to your company's policy on handling fraudulent emails.

Similarly, you're at a much higher risk of experiencing a ransomware attack if you don't frequently scan your company computers for anything out of the ordinary.

How Can I Recover?

In the event that you do experience a ransomware attack, you'll need to take a handful of steps on your way to recovery. While it may seem impossible to bounce back from a huge data breach, you can greatly diminish the negative effects you experience.

Let's explore how you should go about it.

Interestingly enough, you should never pay the proposed ransom under nearly every circumstance. This has even been suggested by the FBI as an official practice to consider if you've been hit by an attack.

The logic behind this decision is that paying the ransom will only facilitate further attacks in the future (which could possibly be on a larger scale). Additionally, there's no guarantee that you'll actually regain access to your data.

So, it's best to avoid funding these criminals' endeavors.

Instead, don't respond in any form to a message you receive from the hacker, and immediately contact your local FBI field office for support.

As you may expect, one of the worst ways to handle a ransomware attack is to make rash decisions in the midst of the crisis. This can easily exacerbate the issue by preventing you from remaining productive in ways that you're still able to.

Instead, try and operate your business as normally as possible. Ransomware attacks don't always have the capability to shut down a company entirely.

In some cases, the data that's compromised may not even be essential for most of your company's practices.

This will help you minimize the financial damage your company experiences as a result of lost productivity.

Restore What You Can

As previously mentioned, you should never pay the proposed ransom. Unfortunately, this also means that interacting with the hacker in order to obtain access to your data is entirely out of the question.

If you're able to restore data from a backup, though, it's highly likely that you'll have little issue handling this problem.

This becomes increasingly true with the more information that you have archived.

For example, a company that thoroughly backs up most of its data on a weekly (or even fairly basis) is unlikely to experience anything other than a slight interruption when it comes to productivity.

Protect Yourself From Future Attacks

Even if you're able to quickly get your business operations back on track, it's essential to protect yourself from other attacks in the future. Your incident may have been a relatively mild one, or you may encounter a hacker in the future who releases your company information to the public.

Properly training your employees is one of the best methods for preventing future attacks. This includes educating them on password sharing, how to handle sensitive data when they have access to it, etc.

Managed IT services are also a reliable way to prevent attacks from occurring, as your managed service provider will actively monitor your networks for any concerning behavior.

In the event that you do experience one, you'll also have full access to their support while you take measures to handle it.

But it doesn't have to be.

With the above information about ransomware recovery in mind, you'll be well on your way toward handling the situation as appropriately and efficiently as possible.

Want to learn more about how we can help? Feel free to get in touch with us today to see what we can do.